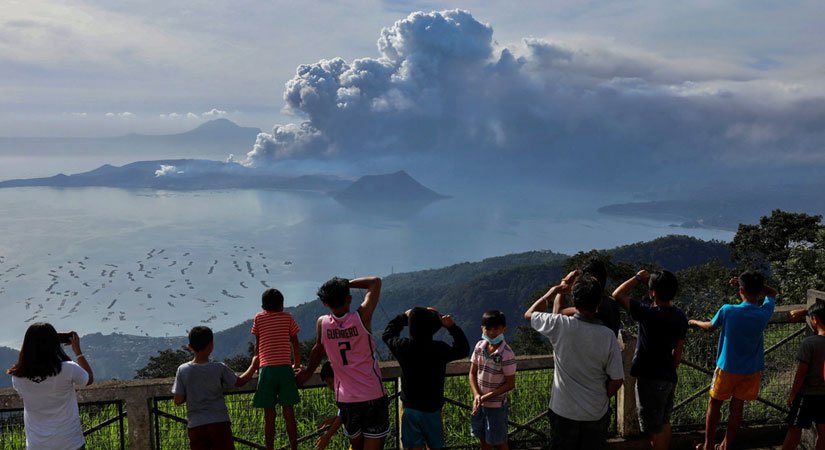 “Right now, it’s really just being run by all these government agencies … and nothing has really happened, in terms of any development plan,” said Mr. Belen. “It’s really a formula for disaster.”

He added that they are hiring an accreditor consultant to guide them through the Geopark application process with UNESCO. UNESCO Global Geoparks are managed with a holistic concept of protection, education, and sustainable development, yielding geotourism-related local enterprises and job creation.

The Taal Volcano is a protected landscape of over 62,000 hectares, and covers 20% of the province’s total land area. In 2018, the area was placed under the jurisdiction of the Department of Environment and Natural Resources (DENR) by the Expanded National Integrated Protected Areas System Act of 2018, which transferred the control and management of said areas from local government units to the agency. “You can’t even construct a fence within the 62,000 hectares under that law,” said Batangas Governor Hermilando I. Mandanas. “During the 2020 volcanic eruption, we had to ask permission to put up an evacuation center.”

GREEN ENERGY
Despite the bureaucracy hampering the development of the Taal area, the province of Batangas continues to attract green energy players as it continues to cement its status as the top source of electric power in the country. It generates 5,300 megawatts (MW) of energy–more than enough to power Metro Manila, which consumes 4,900 MW.

Ayala Corp. intends to bring solar energy to the province, said Chairman and Chief Executive Officer Jaime Augusto Zobel de Ayala, at the same event. “There’s a new concern about the green economy, and it’s increasingly getting tougher to invest in fossil fuels. … In Alaminos, Pangasinan, we put up a solar plant and battery storage. It’s our intention to spill over in Batangas and also bring solar energy to your province.”

The provincial government’s policy is to support private sector players that use green energy. “We gave an 80% real property tax discount to a project because it uses solar,” Mr. Mandanas said. “Out of the 5,300 MW the province generates, we also attract those who use natural gas because it is less harmful to the environment.”

A natural gasification plant is in the process of being set up, he added, as well as a 50 MW wind project in Mabini to be undertaken by Mabini Energy Corporation. Calatagan, moreover, has not reached its full potential yet: it is programmed for 100 MW of solar power but currently only produces 60.

AFFORDABLE HOUSING
Meanwhile, Batangas has been developing a government property in Laiya, San Juan, for those volcanic eruption evacuees involved in the tourism industry. “We don’t want to move evacuees just so they have houses,” said Mr. Mandanas. “There has to be a livelihood component as well. Otherwise, it won’t be successful.”

Government property in the western part of the province has also been identified for Pag-IBIG housing, with 1,000 units scheduled to be finished this year.

“The property is very accessible. This is something we should’ve done before but are now moving towards,” said Mr. Mandanas. “We give priority to frontliners.” — Patricia B. Mirasol

Duterte tightens quarantine over NCR because of Delta variant

37% optimistic their quality of life will improve — SWS poll

People living in rural areas are having to travel ...

Ministers have ruled out extending the list of workers ...

Your information is secure and your privacy is protected. By opting in you agree to receive emails from us. Remember that you can opt-out any time, we hate spam too!